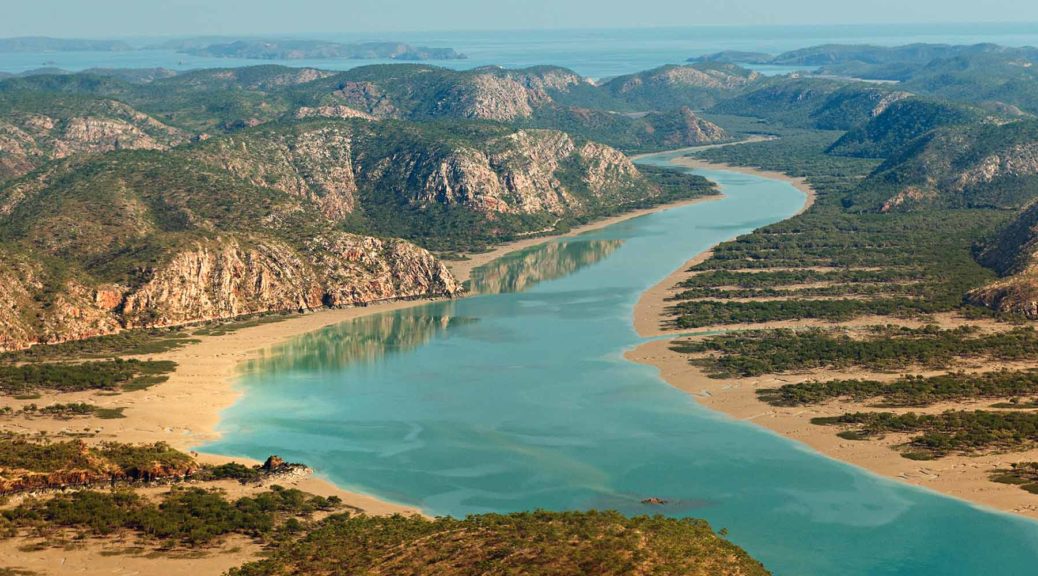 Are the hot summer roads beginning to call for your company? If you’re an Aussie asphalt aficionado and you still haven’t crossed The Kimberley off your bucket list, you are missing out on the ultimate road trip experience Down Under can provide.

The vast, sparsely inhabited territory (for reference, imagine if all of California had about 40,000 people living there) is the northernmost region in Western Australia, and represents one of the last remaining wild frontiers. With sprawling ancient mountains cut through with steep-walled, monsoon-shaped gorges, dry grasslands and a dramatic coastline, the Kimberley terrain is a joy of exploration and discovery, with rewarding vistas hiding all across the immense terrain. As some food for thought, we have chosen a few of the most popular driving routes to tickle your imagination.

The “wilderness” part is not just a promotional tool – driving around the Kimberley includes long distances on often challenging roads across sparsely inhabited areas. A reliable 4×4 vehicle is highly advised and often necessary, along with sufficient fuel supplies, terrain-adequate (and spare!) tires, and other safety and common sense measures. Many roads across the Kimberley are also weather-dependant, due to the intense monsoon climate, with the rain season at its peak between December and February.

Generally speaking, the “tourism season” in the Kimberley runs from May to September, when it’s cooler and drier, but the region has its different charms all-year-round. With a territory so vast, various areas are accessible even during the wet season, which also brings glorious storms and sunsets and a blooming nature. Regardless of the time of the year, always check the weather forecast and carefully plan your routes.

No matter your starting point, you’re in for a long drive just to reach the Kimberley region. The mileage is significant and a reliable vehicle is a must, so you may want to try and find a free transfer car suited for the journey. Chances are you will be traveling to Broome, the coastal town serving as the most popular starting point for further exploration of the region. Broome is connected with Perth via the  Great Northern Highway – a pacey two-day drive (or a longer, more relaxed one) to get you ready for the true roads ahead. The town can also be reached by air from Perth and other major cities, but we’re skipping that option here.

There are numerous potential routes and areas to explore around the Kimberley, so we will focus only on several well-established trails, but make sure to do your research and create an itinerary that best suits your preferences.

Gibb River Road
The holy grail for Australian road warriors, the Gibb River Road is arguably the greatest road adventure Down Under. A former cattle route, the Gibb River Road stretches across more than 600 km, connecting the towns of Derby and Wyndham and meandering through breathtaking mountainous terrain with countless natural wonders and rich wildlife. The road is highly weather-dependent and often closed off during the wet season, so check your weather beforehand! Make sure you stop by and enjoy the Tunnel Creek National Park and the magnificent King Leopold Ranges, to name a few of the many attractions.

Coral Coast
Less demanding, but certainly as scenic as some of the other Kimberley drives, Coral Coast provides stunning coastal scenery as far as the eye can see. Stretching from north to south along the coast, the road provides a plethora of attractions such as the Shark Bay World Heritage Area and the Ningaloo Reef, not to mention countless beaches, as well as opportunities to immerse yourself into Indigenous culture and traditions of the area.

Savannah Way
Considered one of the more demanding and rewarding driving routes in all of Australia, the road connecting Cairns to Broome, stretching across Queensland, Northern Territory and Western Australia is a proper adventure. The 3,700 km long journey encompasses a huge slice of Australia’s diverse nature and geography, with World Heritage sites and national parks galore. The drive requires a vehicle suited for harsh terrain, as it often takes you across unsealed roads, but the numerous sights are certainly worth the extra effort.

There are many reasons why the Kimberley is considered Australia’s premium driving destination, but no words can match the thrill of discovery you will find on the road. Knowing that now you can even get a free one-way car rental will make this adventure holiday more enjoyable.